Hello from rainy Banja Luka, Bosnia-Herzegovina. We started our day with a tour of a kindergarten, which would be equivalent to our child care centers. After that, we had a long bus ride and got another stamp on our passports as we crossed into Bosnia-Herzegovina.

Many seem to be scared of Bosnia-Herzegovina. From what I have seen so far, those fears are unfounded. Banja Luka reminds me of a town in our mountains. There are next to no visible reminders of the unrest in 1991.

Even though it has been raining since we arrived, we did a walking tour of the city. We saw the kastel, which is not a castle, but a military fortress. We also saw the Temple of Christ the Savior, the Orthodox worship center rebuilt with parts from around the world. The Temple had no seats in it; people stand for services at the absolutely gorgeous church. The exterior of the building was of orange and red brick from Macedonia (Iraq-Iran). Also inside, the floor was covered with grass to commemorate the celebration of the Feast of the Holy Spirit. For a small donation, one could pull a piece of grass and have it fashioned into a bracelet to preserve their family's health.

We also had the pleasure of running into Dr. Robert Jenkins, director of the Center for Slavic, East European, and Eurasian Studies and professor of political science at UNC-Chapel Hill. Dr. Jenkins has a study group in the area for six weeks.

We are all excited about Sarajevo tomorrow! Until then... 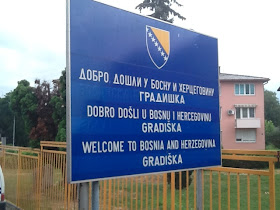 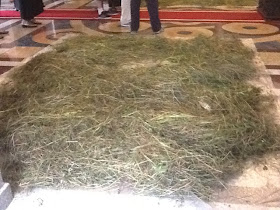